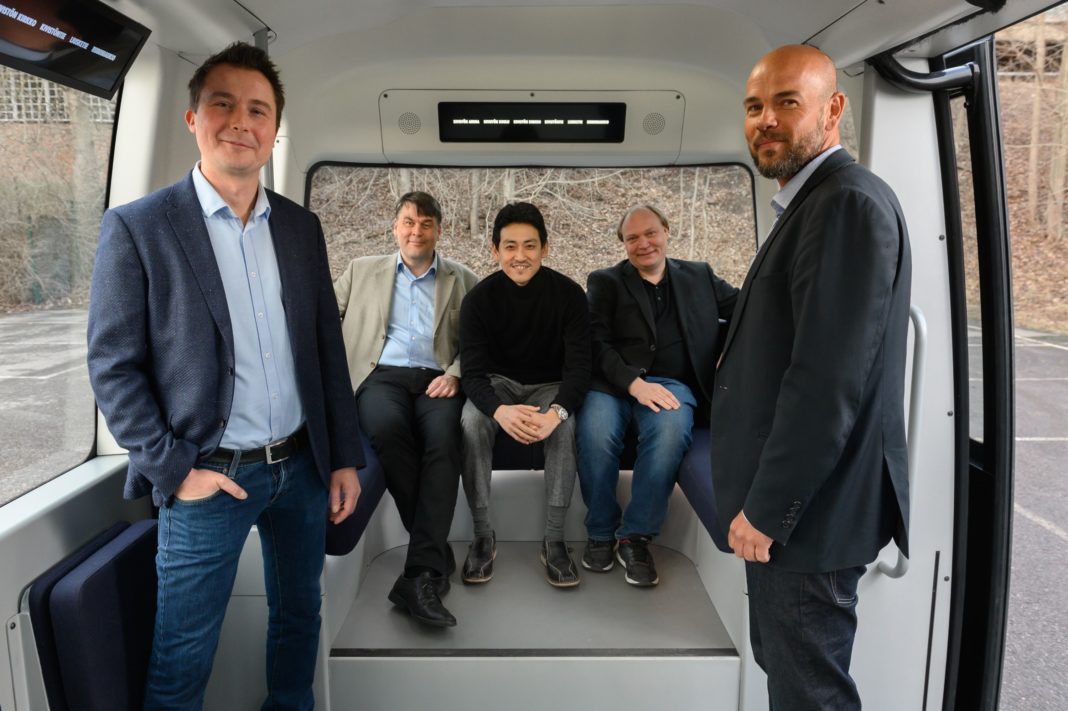 HELSINKI, Finland (February 28, 2020) Finnish autonomous driving technology pioneer Sensible 4 has raised $7 million in their series A funding round that will see the company market expansion to Europe and Asia. Sensible 4’s first investment round was led by NordicNinja VC, over €100 million Nordic deep tech fund backed by Japanese tech companies and ITOCHU, one of the largest Japanese trading companies.

The Finnish technology startup specializes in autonomous driving software for demanding and harsh weather conditions. Challenging weather and limited sensor visibility have long been a problem for driverless vehicles. The company’s solution — which is first in allowing for self-driving in snow, fog and heavy rain — has attracted growing attention from major automotive players since the startups’ inception in 2017.

“We are very proud to have such strong investors joining Sensible 4 as shareholders. We are still one of the only companies in this field that can drive autonomously in all weather conditions. With the investment, we will be able to develop the technology to a level that allows us to integrate this to commercial use,” says Harri Santamala, co-founder and CEO of Sensible 4.

In 2019 Sensible 4 released the autonomous shuttle bus GACHA in cooperation with Japanese retail company MUJI, which has sparked significant interest in Japan. The company is already one of the most well-known Nordic startups in the country. GACHA has won the “GOOD DESIGN GOLD AWARD” – the number one recognition for design in Japan as well as the prestigious Beazley Designs of the year award in the Transport category at the Design Museum in London. Sensible 4 also won Best startup at the Dubai World Challenge for Self-Driving Transport and collected $1 million in prize money.

The first phase of the investment round before commercial production is now completed. The total round is expected to double and to be completed by the summer. The funding will be used to further develop the software and part will be used to build more GACHA busses, which aims to enter the Japanese and Chinese market at the end of the year.

“The global autonomous driving solutions still struggle to work in particular conditions like heavy snow, fog or typhoons. Sensible 4’s approach based on their long-term research for autonomous driving is totally different from other existing approaches. Their unique technology enables any kind of autonomous vehicle to drive anywhere and anytime. We are so excited to make this dream reality together with the “dream team” of autonomous driving vehicles,” says Tomosaku Sohara, Managing Partners at NordicNinja VC.

“We are very pleased to partner with Sensible 4 which provides with a unique LiDAR-based software built with state-of-the-art sensor fusion technology. Which makes self-driving cars operate safely in all weather conditions. Amidst the rapid advance of the progress and spread of 5G network worldwide, we believe Sensible 4’s self-driving technology will for sure contribute to developing mobility of the future with global auto manufacturers. In addition, we are very happy with the alliance with Sensible 4 and NordicNinja VC since it will also strengthen the close relationship between Itochu and Finland.” – Shunsuke Noda, Chief Digital & Information Officer at Itochu

Sensible 4’s growth is a result of industry collaboration with top automotive companies as well as funding from European and Finnish governmental grants and loans. “Our Finnish engineering hearts are overwhelmed with the positive feedback we’ve received for our technology from Asia, especially after our cooperation announcements with MUJI and Softbank’s SB Drive. With the investment we will be able to react and build on this interest with a much faster pace,” says Santamala.

The Envelio Algorithm Joins The Field of Energy Grid Visualisation