Warning: include(): Failed opening 'wp-includes/wp-theme.php' for inclusion (include_path='.:/usr/share/php:..') in /www/htdocs/w01b2b4d/Website/wp-content/themes/Newspaper-child/functions.php on line 511
 Insolight Uses Satellite Technology to Create the Next Generation of Solar PV Panels | Startup TV
Sign in
Welcome!Log into your account
Forgot your password?
Datenschutz
Password recovery
Recover your password

Solar panels have become a leading market in the last decade, and the pace of uptake and installation has been breathtaking. For example, According to SolarPowerEurope, In 2017, almost as much solar was installed in one year (99.1 GW) as the world had installed in total capacity in 2012 (100.9 GW). This was a 30% year on year growth on the total installed capacity in 2016. This is largely due to the fact that those who use them massively decrease their energy expenses, and their carbon footprints. This makes for an extremely competitive market. Insolight Chief Business Officer David Schuppisser aptly summed up the paradox of the solar industry: “With solar although you think of it as something full of heat and sun, it actually boils down to cold economics.”

Limits to the PV Panel

While it’s an increasingly growing market, solar photovoltaic energy has reached a limit in terms of maximising the amount of energy produced versus the costs of solar panel production. The silicon-based PV panel has become the standard model across the industry, but there are limitations.

“Today on rooftops especially, Silicon technologies are reaching their efficiency plateau. You know we’re around 22 % we don’t think we can really go much better, we’ve gotta start thinking outside of the box. In addition, costs on rooftops are still relatively high for solar and manufacturing margins are terrible” 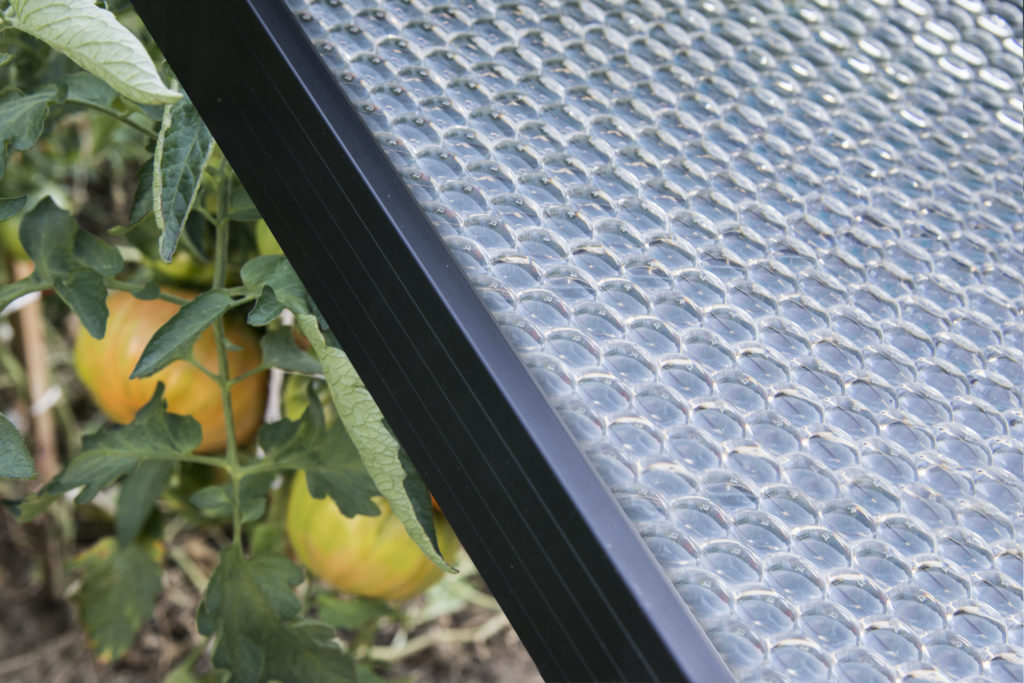 That’s why there’s a lot of research across the industry into the next generation of solar panels. There are a variety of avenues for exploring technologies that capture solar energy. Companies and researchers just need to find the right balance of cost effectiveness, abundant materials and rate of solar absorbency. Insolight is one of the companies tackling this issue, using technology designed for satellites to magnify the rate of absorption and reduce the impact of the angle of incidence, one of the more daunting challenges in solar technology. We spoke with Schuppisser in Abu Dhabi about how Insolight is taking on the next wave of solar panel development with their ultra-efficient solar panel which is being piloted in Germany, Switzerland, where the company is based, and in Spain.

“We produce modules which can be mounted on rooftops such as your standard photovoltaic modules, except that we produce up to 50% more energy per square meter. We’ve basically brought a technology which was made for satellites and brought it down to the rooftops. So we use ultra high efficient solar cells, which are gallium arsonite triple junctions for the specialists here, and concentrate the light onto them, to a fraction of the size. We concentrate the light by a factor of 200. This provides us with the advantage of these high-efficiency solar cells at a low cost, all of it within a static panel,” said Schuppisser. 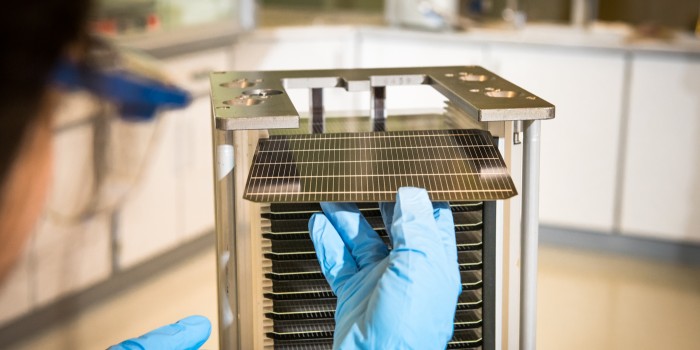 Another company tackling this problem is Oxford PV, a company based in the UK that is working on a promising innovation in solar PV technology called perovskite. The company boasts a 28% efficiency rating with the technology. The company manufactures heterojunction solar cells, combining silicon technology with the perovskite technology. The product lays a perovskite-based panel on top of the silicon-based cell, creating a dual layer of solar absorption, thereby enhancing the efficiency of the PV panel. The idea behind their panel is to be able to partner with other solar manufacturers to incorporate the technology easily since it fits into current models.

The solar industry isn’t going anywhere, and companies like Insolight and Oxford PV are setting new precedents for the next generation of solar panels.